Networks of Support and Tim McGowan Consulting, in partnership with Pine Ridge Schools, Rapid City Central High School, Red Cloud Indian School, Oglala Lakota County Schools, Oglala Sioux Tribe’s Department of Education, Crow Creek Tribal School, Great Plains Tribal Chairmen’s Health Board, McLaughlin High School and TF Riggs High School in Pierre are beginning to confront the enormous educational disparities that exist for our AI/AN students. In analyzing which intervention strategy will have the most impact on promoting academic skills and post-secondary success, we have collectively agreed to implement a promising new program called Networks of Support.  Networks of Support was selected to reinforce the importance of creating a supportive environment in order to build a strong foundation that will be central to student learning and the achievement of academic excellence. 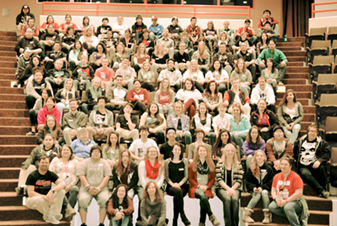 Terri Johnson in Pierre seems to be off to a great start. I wanted to share a story she shared with me today.

Jane Doe… not sure if you remember her at training.  She is a SPED student, very shy and she came to me before school wondering if she is G2G material.  She felt she would not be able to help tutor anyone as her own skills are lower than most her peers and she does not see herself as a leader.  But I told her she can do many things to make a difference in our school for the better outside of tutoring or leading activities. 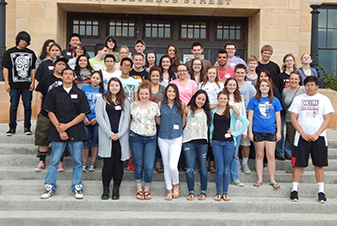 Networks of Support has received numerous letters of support from area schools. Here are just a few that we’ve received.

Donate to Networks of Support